The Snail Vibe from SnailVibe

The Snail Vibe at AdultLuxe.com

Two powerful, individually controlled motors have 5 vibration modes and 5 speeds for each, providing over 600 stimulation combinations. The clitoral stimulation from the Snail Vibe can reach vibrations as intense as the legendary Magic Wand.

The vibrating massager is USB charged and can be plugged in almost anywhere. Just connect the supplied cable to a compatible port on your computer or USB adapter, purchased separately, and the opposite end to the connector at the base. A full charge takes 2 hours and is sufficient for continuous operation for 1 hour.

Winner of the Innovative Sex Toy of the Year. XBIZ Europa Award winner.

Free shipping on orders above $75 from our USA warehouse. Delivery times are around 3-4 days.

Your purchases are protected by our Guarantee. See our Refund Policy.

This toy is awesome! It doesn't look like any other vibrator/wand I've seen before, and the "snail" inspired design is super cute!

I love how it lets you choose which of the two motors (or both!) you want to use. The control buttons were easy to use, and it was nice to be able to control the vibration pattern and the intensity. I'm pretty new to using vibrators, and the lowest intensity (20%) felt great for me! The higher intensities would probably be better for someone who is less sensitive or more experienced with vibrators (: Also, I really enjoyed the vibration patterns! My favorite was the last one, which gradually increases the intensity, then drops it.

Overall, this toy is super cool and surprisingly simple to use! I would definitely recommend it to anyone who loves vibrators or is looking to try them out for the first time! (: 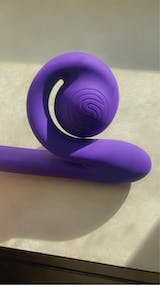 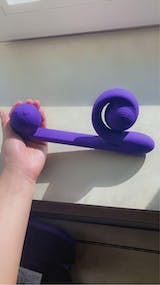 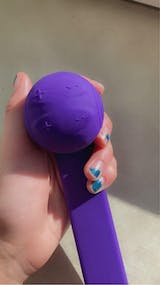 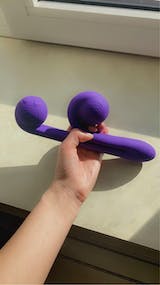 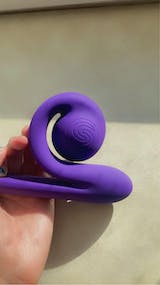